Just U Magazine honoured His Royal MajABDULWASIU Omogbolahan Lawal Abisogun II The 15th Oniru of Iru Kingdom the Most Outstanding Monarch 2021, the award is hinged on the phenomenal strides His Royal Majesty has recorded with His philanthropic gesture that has brought joy, comfort and succour to many. Just U Magazine has also taken into cognisance the love of the Monarch for his people which he has demonstrated over the past one year.

His Royal Majesty has his vision called  #LeGIT connotes Let’s Grow Iru Land Together, The LeGit vision is an integrated, multi-faceted and multi-stakeholder plan that leverages the following broad pillers: Tourism and Culture, Agriculture, Technology, Environment – tackling climate change and climate-friendly initiatives, Health, and poverty Alleviation through sustainable livelihoods. As the 15th Oniru of Iru Kingdom to change the narratives of Iru and the to ensure that the Kingdom evolves into a sustainable city with a special breed of truly resilient people. In the past one year the Monarch as been able to cover some grounds and have achieved success in some areas. 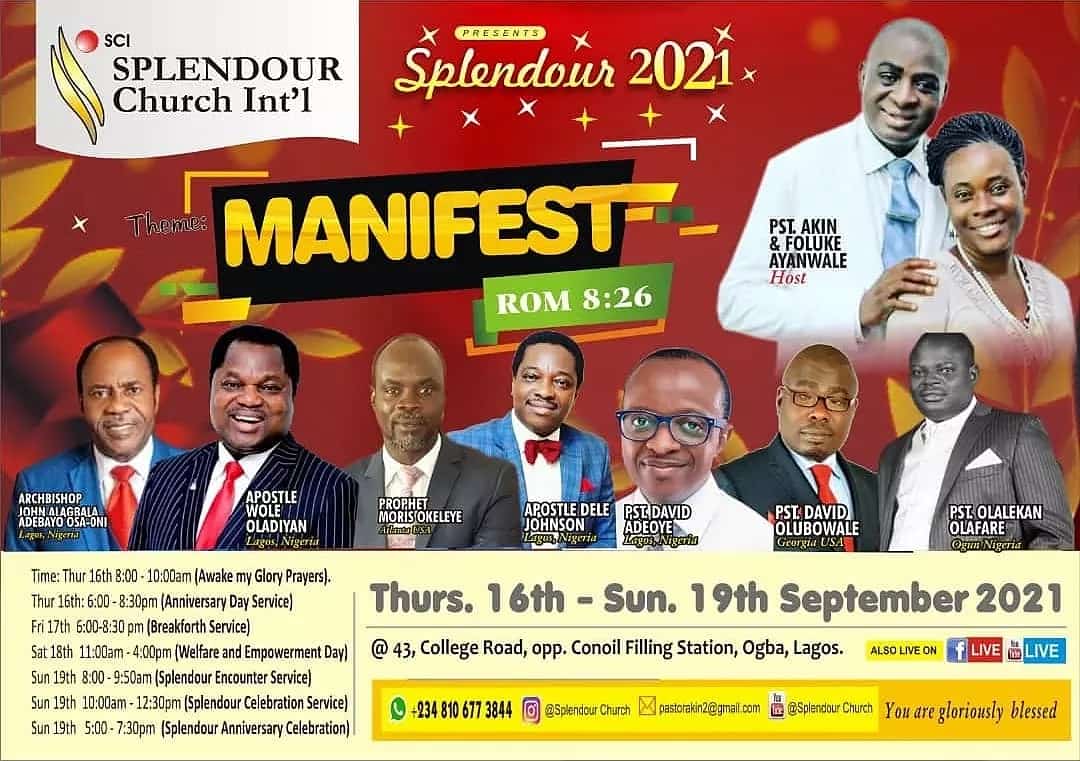 The expextional Monach has taking the lead in transforming the lives of others and making a lasting difference in his community Iru Kingdom. For the past One Year the Monarch has  been working to support others, raise awareness and inspire change on a variety of issues including education, environment, security, climate change, gender,  health and improving the lives of people of Iru Kingdom.

His Royal Majesty for the past one year has impacted meaningfully in the lives of the Iru Kingdom, he has promoted the rich culture and heritage of the land, he has served as an intermediary between people and government, he has promoted the cultural value of Iru Land. Few of the festivals are the Annual Ejiwa Elegba festival, Isese, Olokun Festival, Iwuye, The Lagos Seafood festival to mention a few.

Furthermore His Royal Majesty has taken Health as part of his priorities, building of a 20 bed Primary Health Care Centre at the Palace Road for the people of Iru Kingdom. His Royal Majesty also made security, welfare, Road Rehabilitation projects, Drainage Dredging etc a huge priority.

Oba AbdulWasiu Omogbolahan Lawal was born on 24th July, 1970 to Chief Taoreed Lawal-Akapo who was the Ojora of Lagos from 1977-1993 and Alhaja Muinat Olabisi Abeni Ajasa of Abisogun Oniru. He attended Holy Trinity Primary School Ebute-Ero from 1976-1982 and St Gregory College Ikoyi from 1982-1987 where he obtained his O’Level Certificate (West African Examination Certificate). The young Omogbolahan proceeded to the University of Port H arcourt, Rivers State, Nigeria from Sept 1988 – Sept 1992 where he obtained B.Sc (Hons) Botany. The search for greater alternatives that meet cognitive criteria led Oba AbdulWasiu Omogbolahan Lawal to the School of Oriental and African Studies (SOAS), University of London, United Kingdom from Sept 2007 – Sept 2008 where he bagged M.Sc. in Violence, Conflict and Development. The advancement of his enterprise also led him to The London School of Economics and Political Science London, United Kingdom from Sept 2018 – Feb 2020 where he obtained Executive MSc in CITIES (LSE Cities).
Leadership for Oba AbdulWasiu Omogbolahan Lawal is both divine and designed, both working in a purpose-built architecture to serve destiny and desire. A closer look at the background of Oba AbdulWasiu Omogbolahan Lawal shows that he had prepared himself for leadership quite early in life as he delved so deeply to understanding human conflicts and how to manage them. For instance, at SOAS his dissertation topic was “Is Greed or Grievance the driver of Niger-Delta Conflict?” and while on the course he took modules such as The Political Economy of Violence, Conflict and Development; Political Economy of Development; Problems of Development in the Middle East & North African (MENA) Countries and Security all of which enhanced his understanding of the interrelationship between conflict and development. More recently, he investigated “how travel costs on BRT have impacted disposable income of neigbhbourhoods around BRT stations in comparable cities to Lagos.” This was towards his Executive MSc in Cities from LSE, where he undertook courses such as Governing Cities in an Urban Age, Cities and Society, Cities and the Economy, Cities and the Environment, Urban Infrastructure and Strategic Planning amongst others.

The Oba further heightened his psychological perception of man and process, learning all the critical factors in human developments when he took certificate courses in the following:

The Iru kingdom may be about to witness one of the most unprecedented developments directly under a monarch. Many theories of development have affirmed that development thrives on ideas but more important is the fact that ideas are not self-applying, individuals will have to drive them. To be able to do this, such individuals (the drivers of development) must first be refined and possess key indicators that they also have internalized the process at personal level. For a Monarch of Oba AbdulWasiu Omogbolahan Lawal pedigree, a personal limit has been set for what can be said to be acceptable standard and value for human development. The Oba attended conferences and workshops to put him in his stead to bring more development to Iru Kingdom. Some of such trainings included but not limited to the following:

Workshop on Building an End-to-End Ecosystem for Affordable Housing, Lagos (2017)

Oba AbdulWasiu Omogbolahan Lawal had a very impressive work history which in evaluative sense, he started in Oct. 1992 – Sept. 1993 when he participated in the mandatory one-year National Youth Service Corps at Federal Capital Development Authority, FCT Abuja (NYSC). This was soon to be followed by his employment at the Raw Materials Research and Development Council, Federal Ministry of Science and Technology from July 1994 – July 1996. He later enlisted in the Nigeria Police Force from August 1996 to April 1998 when he was commissioned as Assistant Superintendent of Police by the Nigeria Police Academy and by October 2008 he had retired as Superintendent of Police. His assignment as police officer was an exposé to the people and societies of the Nigerian state as he moved around the country in the service of his duty to the nation.
Oba AbdulWasiu Omogbolahan Lawal veridical of public office however started in June 1999 when he was Aide de Camp (ADC) /Escort Commander to the Governor of Lagos State. He carried out his assignments with dispatch until 2007 when his designated goal of Chief Security Officer to the Governor came to an end with the completion of Asiwaju Bola Ahmed Tinibu’s tenure as governor of Lagos state. He was later appointed Senior Special Assistant (Special Projects) to the Governor of Lagos State from December 2008 – July 2011.
Oba AbdulWasiu Omogbolahan Lawal is a three-time Honourable Commissioner in the Lagos State Government, he is a seasoned security and development practitioner, and has deep understanding for political economy of development especially in low- and middle-income economies. He had served as Honourable Commissioner for Agriculture & Cooperatives, Lagos State from July 2011 – May 2015, Honourable Commissioner for Housing, Lagos State October 2015 – May 2019 and Honourable Commissioner for Agriculture, Lagos State August 2019 till June 4 2020. Oba AbdulWasiu Omogbolahan Lawal became the 15th Oniru on the 7th June 2020.